What Are OEM LED Units?

OEM (Original Equipment) LED headlight units and tail light units come direct from the factory and are fitted at time of vehicle purchase, or as a factory upgrade (AKA factory fitted).

Typically, before purchasing a brand new vehicle, you’ll be asked if you want the following light clusters:

Each option presented uses a different type of technology and they all offer a variety of benefits.

Sealed LED units are exactly as they sound.

They contain different clusters of LED bulbs that are sealed into the LED unit.

LED’s allow for an instant light output and many people choose them as a styling option.

Simply put, they are road legal because they are factory fitted.

They will be “e marked” and are built for the sole purpose of the vehicle.

Unlike aftermarket LED’s or HID kits, these units will not be replacing a specific bulb type but instead – will be replacing the whole unit.

The light output and beam pattern will be exactly as the manufacturer intended.

How Do I Get Road Legal LED Headlights Or Tail Lights?

Simply put, the best way to get fully legal LED units is direct from the dealership when buying a new car.

Of course taking these more advanced light units will add a significant amount to your final bill.

Another option is to source aftermarket LED headlight units.

This option can be cheaper and in theory gives you more flexibility when shopping around. However full upgrade LED headlight units are not yet widely available. Rear LED clusters are more common and depending on your vehicle, you may have some choice over the styles and options available.

You can swap the units out completely as they are designed to be a direct replacement. 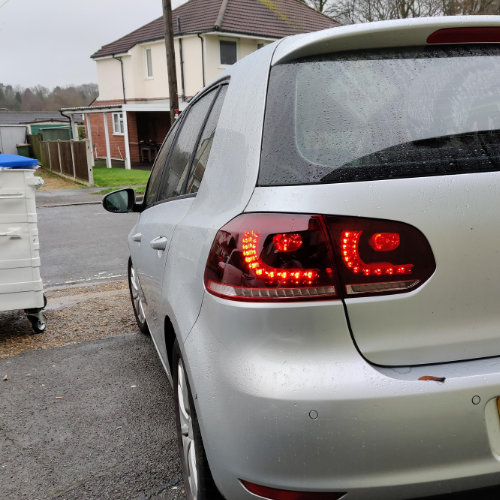 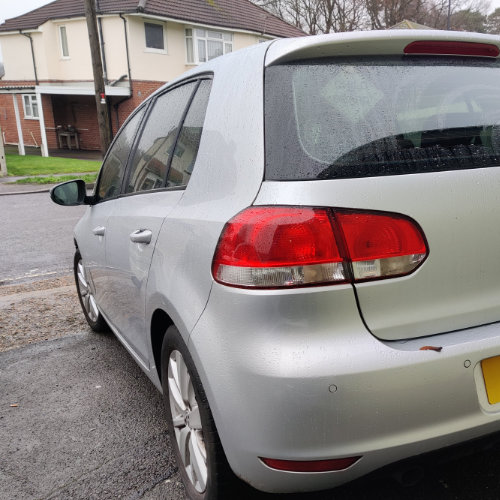 The Negative Side To Sealed Headlight Units

The price for sealed LED headlights from a dealership can be anywhere between £500 – all the way up to £2,000 – depending on the make and model.

This is exceptionally high compared to standard headlights.

If you’re buying a car from new, on finance – this will feel like a large amount added on at the end of your purchase.

Bulb Out? Pay Up!

It is of course true that LED technology is generally more durable, so you shouldn’t get failures so often. However it is still possible and will happen from time to time. Let’s say a bulb goes out and you need to get it changed ASAP.

You can’t just pop your bonnet and replace a bulb. This is not a quick D.I.Y. job.

You’ll need to replace the entire unit because….. It’s a sealed unit!

Imagine getting a headlight bulb out and needing to pay up to £1000 for a replacement, and that’s not including the labour charge to replace it.

Whilst they are much brighter than a standard halogen bulb, they still can’t compare to aftermarket LED bulbs or HID kits.

We’ve tried and tested them in the past and whilst they look good, they don’t quite hit mark in terms of brightness. 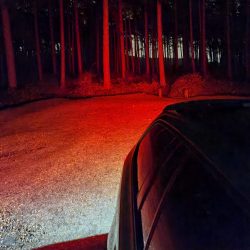 The Positives Around Sealed Units

LED bulbs require a fraction of the power standard bulbs do.

Since the draw of power is lower, the performance of the battery is increased.

This allows the vehicle to focus more on other aspects such as smart safety features.

Brighter Than A Standard Bulb

Whilst they aren’t as bright as an aftermarket bulb, the quality of light being emitted is still far superior to a standard halogen.

Another bonus to LED bulbs is that they emit less than half the heat a standard halogen would.

This means they are less likely to fail.

This is a cool feature that most LED units have.

It’s where the indicator has the same effect as a loading bar icon.

You may have seen it before and didn’t know what it was called…. Now you know.

Most LED units will have sensors telling them when to turn on or off.

Adaptive lighting is a bit more intuitive than simply turning on a fog light when it’s foggy.

Some adaptive lighting systems will know when you’re going up or down hill, turning a corner, driving in the rain and will adapt to suit your needs.

Matrix LED headlights are also available from Audi but they are for the top-end models and probably for another article.

Manufacturers know that the added style is worth it and so do their consumers.

You can clearly see the difference between a person that’s bought the standard variant and the one that’s purchased the upgraded headlights.

That is a big selling point for any dealership.

There’s no outside influence of water, dust and people mechanics getting their greasy fingers inside it.

Couple that with the long-lifespan of LED’s and you have something that can potentially last years.

Another positive which we have mentioned before is they are 100% road legal!

They are purpose built for the vehicle and the bulbs are designed to be in the headlight unit from the showroom.

So not only do they have a great life-span, look stylish, adapt to the conditions around you and are brighter than a normal bulb – they’re road legal.

Hi ABD,
I have a 59 Series 1 Gen2 Porsche Cayman and wondering if I need any adaptors to fit the Phillips H7 Ultinon Pro9000 LED Headlights?
(https://www.autobulbsdirect.co.uk/h7-philips-ultinon-pro9000-led-headlights.html)

Look forward to hear back.

We don’t have any data on what bulb holders a specific vehicle uses.

The best thing to do would be to take a picture of your existing bulb holder and email it in to us.

So, I’m new to this scene, but I’ve read articles stating that LED headlights are illegal on UK roads (Whether that’s enforceable today?) but there’s still companies that you can get Full LED Headlight units, such as the OSRAM VW lineup.

Because I would like to see further and have a brighter view of the roads, but I don’t want an Officer confiscating the car.

You can get E Marked headlight units that are fully or partially LED and it will be completely road legal because of the E Mark.

The lines become blurred when you swap out a halogen bulb for an aftermarket LED bulb.

This is because the aftermarket bulb can’t be E Marked which means it fails the MOT.

I’ve never heard of a vehicle being confiscated. At most, an officer will give you a 7-day notice to remove the modification but the police have far better things to do than to police your headlights.

As I said before, it’s only when you swap the technology of the bulb with something that isn’t E Marked is when you fail an MOT.

So for example, this whole unit would be a yes or a no for UK Roads. I’m seeing ECE this and that, but from someone more knowledgeable, giving an answer for us dummies?

Hopefully this article can explain more…

If you replace a halogen bulb (H7 for example) with an LED – it’s not road legal.

If you replace the whole unit with an ECE / E marked LED unit then it’s road legal.

We also stock a range of road legal LED headlights that you might be interested in here:

If you’re still not sure then we’re happy to explain in further detail.

I have been offered an upgrade to Matrix Headlights on my factory order of a Golf 8, it is fitted with LED lights as standard.. As I do quite a bit of dark country roads in winter is the upgrade worth it at £850

Might be but seeing as it is a brand new car the amount lost as soon as you take ownership the extra cost will small so, might as well go for it! It is a lease or HP where you will trade it back in and get another one in a few years then it will be the dealer who will win when they sell it on as a new approved car, I doubt they will give you anyhting extra for the spec upgrade, but you will have has the use out of them for at least the winter months of the years you have the car so if you factor in how many months you get to use them they might be worth it. If the road you drive on are dark and not very busy then high beam will be on so wont make much difference. HID’s still put out alot of light as they are around 5000K which producs nice white light almost daylight levels the higher up the scale the less useful light is omitted so they look brighter but the volume of light might be less.

Auto High Beam Assist is well worth the money as it put the high beams on automatically and also adaptive headlights that move as you steer so they putt he light where is needed on the road, Matrix lights can change the light pattern on the road and it depends on if they offer more concentrated light further up the road thant the standard my guess is yes but whether its worth the extra, apart from the kudos and the actual headlights looking nicer could be debated! If you tak one for a test drive in both types at night would be the best test really

I have been offered an upgrade to Matrix Headlights on my factory order of a Golf 8, it is fitted with LED lights as standard.. As I do quite a bit of dark country roads in winter is the upgrade worth it at £850