Why Aren’t There Rear Wiper Blades on Saloons? 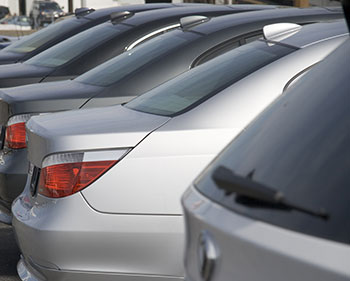 So, you’ve left the family hatchback at home, flown to your holiday destination, collected your keys from the car hire desk, and now you’re driving around in your ‘holiday’ saloon car.

You’ve probably never noticed it before if you’ve only ever driven hatchbacks, but it’s true that many saloon/sedan cars are lacking wiper blades on the rear window. Why would car designers choose to add rear wipers to some cars, but not others?

If you read our previous blog, you’ll know how the flat or steeply-sloping backs of some types of vehicle affect the direction of the airflow across them.

The lower air pressure in the space directly behind the vehicle sucks in the air around it and swirls it around, kicking up all manner of dirt & dust and depositing it on the rear of the vehicle.

Meanwhile, because the airflow isn’t directed across the rear windscreen, any dirt and excess water that has accumulated on the windscreen will simply stay there until the rear wiper removes it.

Why don’t sedans have this issue? Quite simply, because their rear ends taper off more smoothly, the airflow can travel across the surface of the car much more easily and directly.

This means air can also travel across the windscreen and remove water sitting on the surface – so there’s no need for a rear wiper blade.

If the car did have a rear wiper, the more aerodynamic airflow would actually cause the rear wiper to lift, making it about as much use as a chocolate teapot. 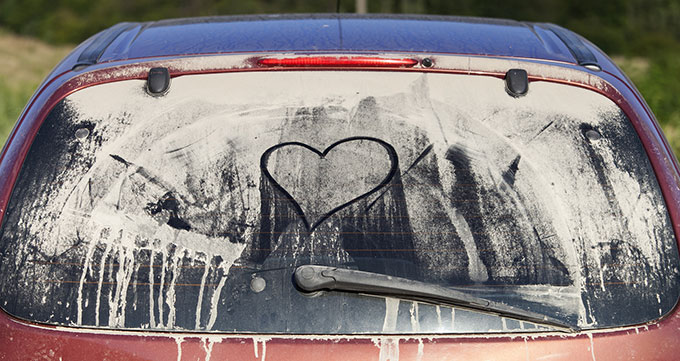 So Where Does the Dirt Go?

Swirling air is still an issue for saloons, but it typically forms at the very back of the car behind the boot (far away from the rear windscreen), and the vortex itself is often much smaller because the area of negative pressure is smaller.

This can cause a buildup of muck on the rear number plate and lights. For most of us this isn’t an issue as we clean our cars every weekend, but for those that neglect these duties there is the potential to be less visible to other road users, or even have an obscured number plate.

Of course there is always a car designer who decides that their saloon should have a rear windscreen wiper. Do you know of any?

I love my Passat but deplore the absence of a rear wash-wipe. Is it possible to get one fitted?

Hate to say this but your logic is incorrect. I just bought a 29-7 Corolla during our rainstorms in California and you absolutely cannot see out of the window. The air does NOT remove the water AT ALL causing dangerous conditions while driving in a storm. It needs to be fixed!!

It’s just a load of BS that the shape of the car keeps the rear window clear.

Are we supposed to floor it round the block if the window needs a wipe? What if you’re reversing in the rain? Wouldn’t it be nice to see behind you?

The only reason is manufacturers’ penny-pinching, and believing they can fool people about why.

That logic does NOT hold true on the 2017 Toyota Corolla. I just bought it during our California rainstorms and I could not see out the back window at all. Very dangerous and there was nothing I. Oils do about it!! Very disappointing and unsafe.

My new to me 2016 Toyota Corolla doesn’t have a rear window wiper. Several times I have been driving in the rain and can’t see a thing out of the window when the sun shines on the drops which did NOT disappear as I drove along. Not happy.

Irrespective of what happens when the car is moving, a rear windscreen wiper is essential to clear rain etc. before reversing from a parking spot.

This may hold true in some cases… but it does NOT always work. Got a rental a few days ago, driving around in heavy rains the rear windshield was almost opaque on the Toyota Corolla Hybrid (2019). I was trying to figure out the rear wiper controls until I realise there were none. Relying on side mirrors during heavy rains is dangerous.

Rear wipers are useful for situations when there is no airflow over the car to “remove water sitting on the surface”, such as when the car has been covered with rain, snow or dirt when stationary and you want to reverse out of a parking spot. Or where you are driving in an urban situation and never get above 30mph, so the airflow isn’t sufficient to clear anything.
And does the writer serious think that anyone cleans their car every weekend?!? :-)

And when is snows…. I have t clear of my rear window all the time. Gimme a wiper!

My Skoda Octavia has a rear wiper and is basically a vw Passat where the whole boot opens…I know it’s technically a hatchback but its the same size and shape..?

Mitsubishi galants had them on there VR4 models

some Ford Orion Saloons had a rear wiper blades fitted

The Honda Prelide had a rear wiper! Even though it had a boot like a saloon

I’m sure the Peugeot 307 Sedan came with an option of a rear wiper.

Just purchased a Audi A4 sline … love it so much but I am so annoyed at having to physically wipe the previous nights water off the rear screen with my sleeve. Not what you expect with a luxury car!!!

There’s a button that removes this on the centre of the dash, if you look in the manual it will have the info mate :)