Free Delivery
On All Orders Over £20 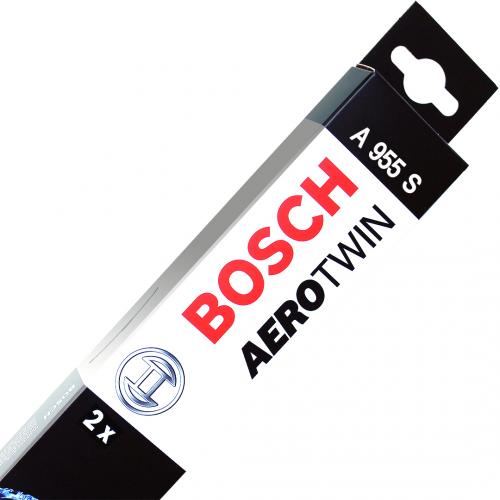 WITH OUR TRACKED RETURNS SERVICE

Safer driving, when it comes to wiping, depends upon reliable and clear performance. The rapid success of Aerotwin is based on those advantages. Instead of a system of bows with articulated parts, the joint-free wiper consists of a one-piece rubber profile with an integrated spoiler. Two spring-loaded rails distribute the contact pressure evenly over the entire length of the wiper blade. This further improves wiping results even at higher speeds. Compared to conventional wiper blades with a bow system, the Aerotwin is only half as high. The flat design improves the aerodynamics of the wiper blade and reduces wind noises significantly. Another effect is that it impairs vision less during wiping.

Since its launch in 1999, the new wiper has enjoyed great success. Meanwhile, cars from Mercedes Benz, Volkswagen, Audi, Renault, Ford, Skoda and Seat have been fitted with the new wiper blade. Bosch expects that in the next six years more than 80 percent of all new cars in Europe will be equipped with this type of wiper system.

This blade set is by Renault as original fit.
There have been no reviews

If you need your order faster, we have express shipping for only £4.75.

If you need your order urgently, we have a next working day (not weekends or bank holidays) priority shipping for only £5.95.